We thought it would be fun to explore the Ogham (oh-am) Tree Calendar in our newsletters. The tree calendar has thirteen months. Each month offers its own unique wisdom to us as we make our way through this life trying to live lightly, kindly and communally. 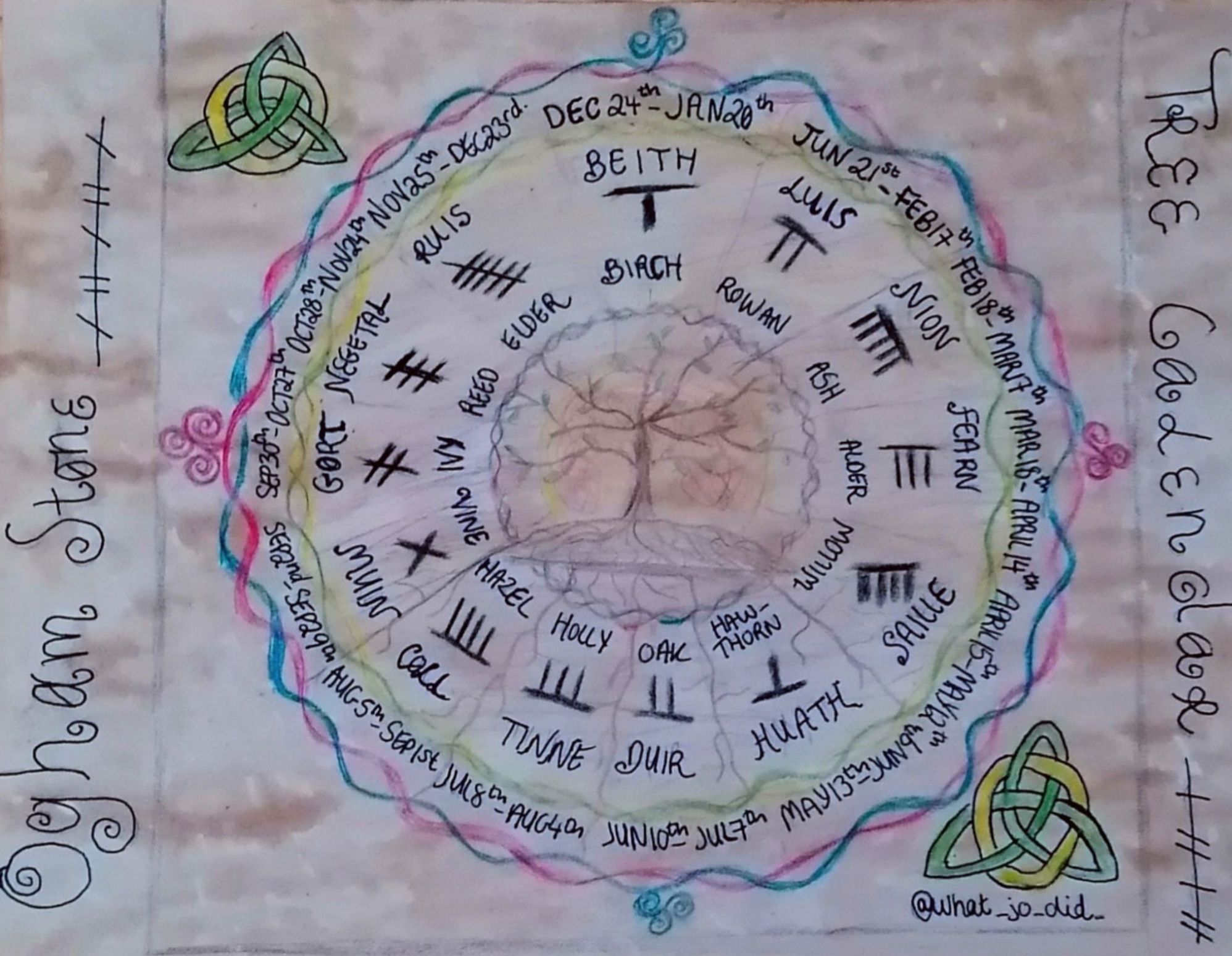 In March, we celebrate the Ash tree as we enter the third moon of the Ogham calendar, ruled by Nion. Ash has strong ties to Norse Mythology and was known as the Yggdrasil  – The Great World Tree.

Ash is prevalent in Ireland and Britain and is the only one of the Olive tree family native to theses parts. If given enough space Ash can grow into a fine tree of 45m tall and live for 100s of years. Ash is easy to recognise in winter, while its leaves have fallen its seeds called keys hang down in bunches and can be easily spotted until spring. The tips of the ash branch are black and hold the flowering bud which will blossom in spring. In summer, its leaves appear as four to six pairs of slightly serrated leaflets , evenly spaced along the central stem, with a single one at the top end.

Ash timber is a valuable commodity known for its strength which makes it hard to cut but also hard to break. Ash makes great firewood hence its Latin name ‘Fraxinus’ which means ‘firelight’. Once burned, the grey ash left behind is a great fertilizer known as pot ash. Young Ash can be cultivated every 10 years and is renowned for its lightness and  elasticity – this is what makes it a favourite for hurleys! 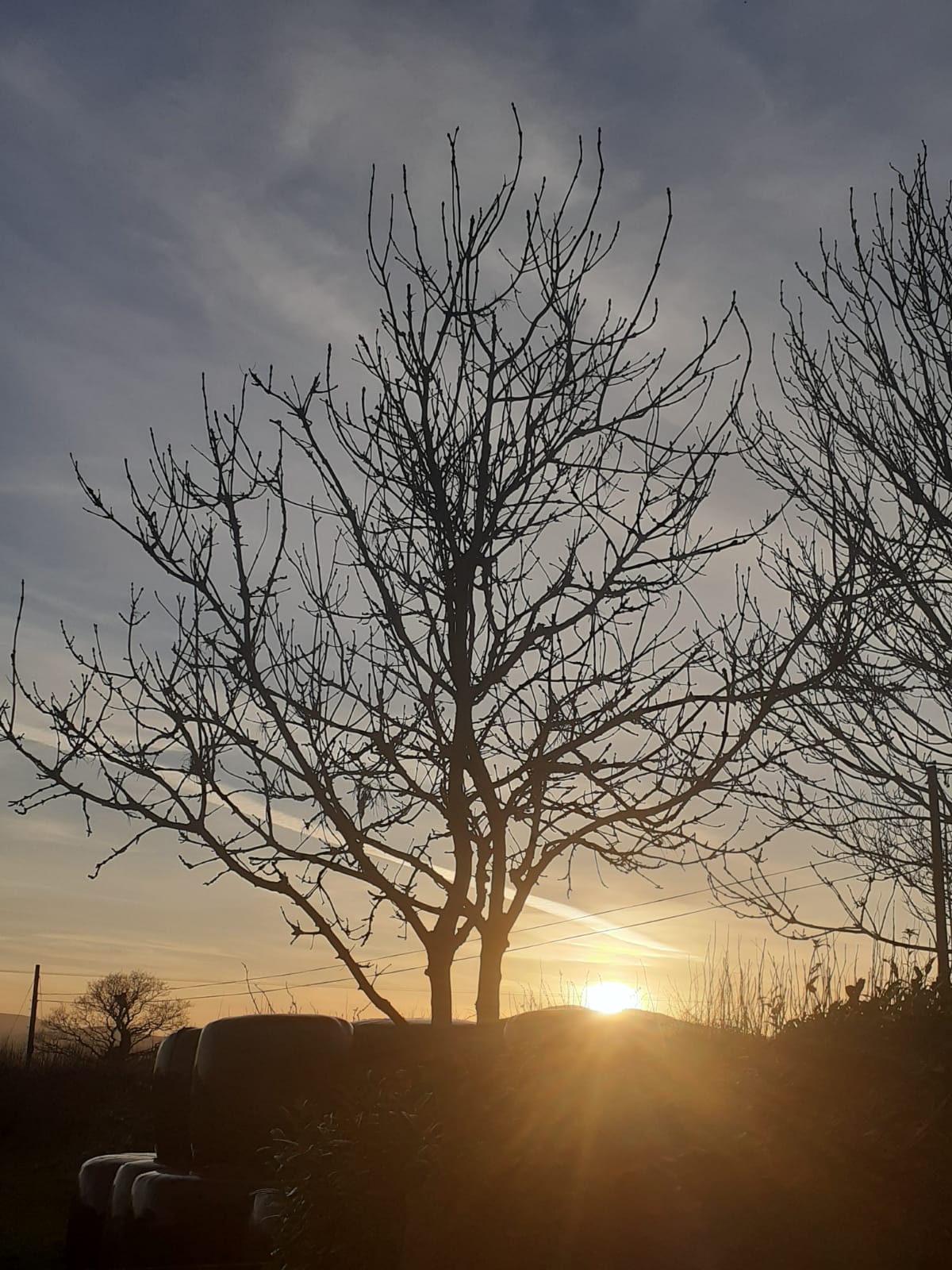 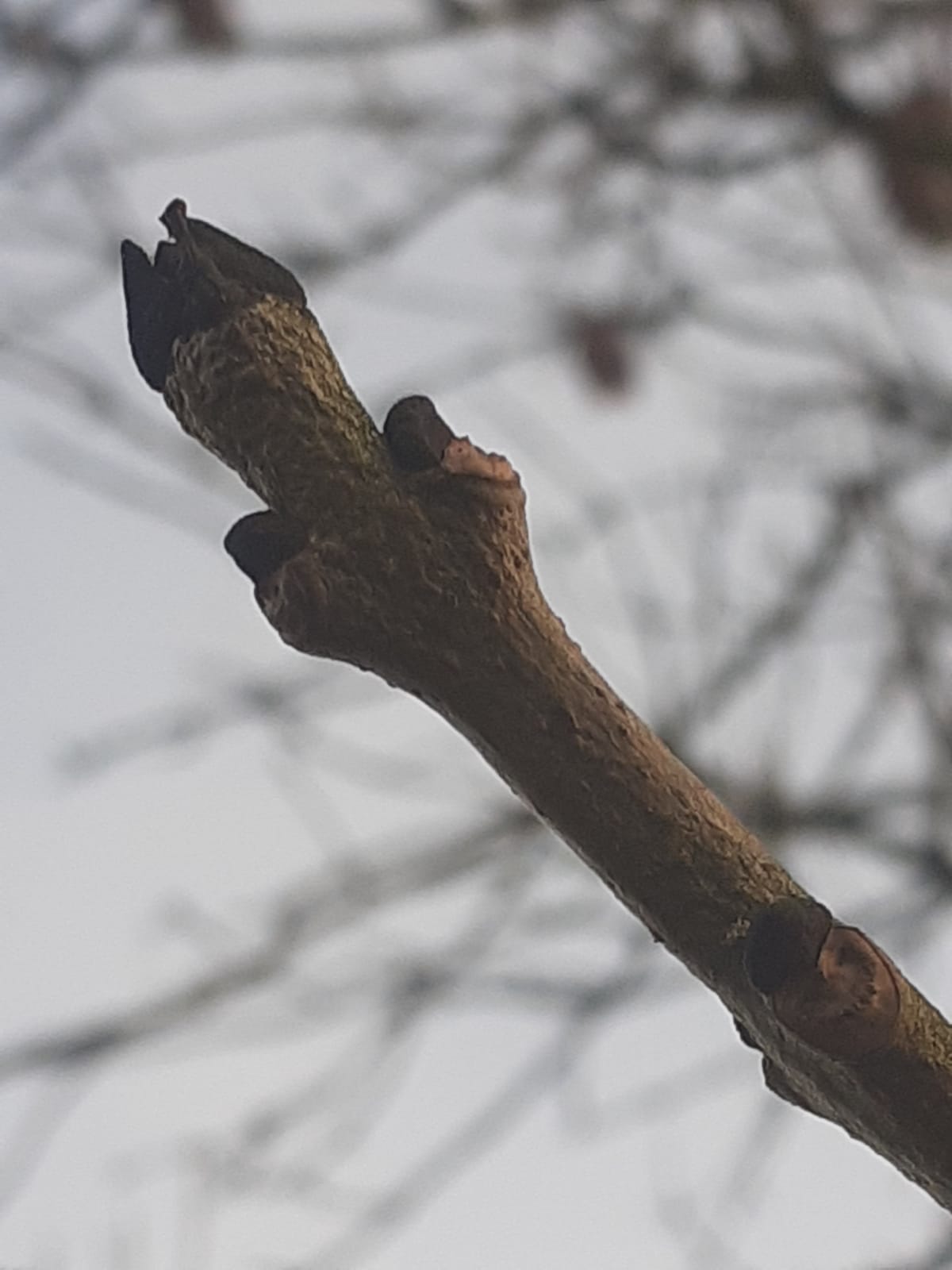 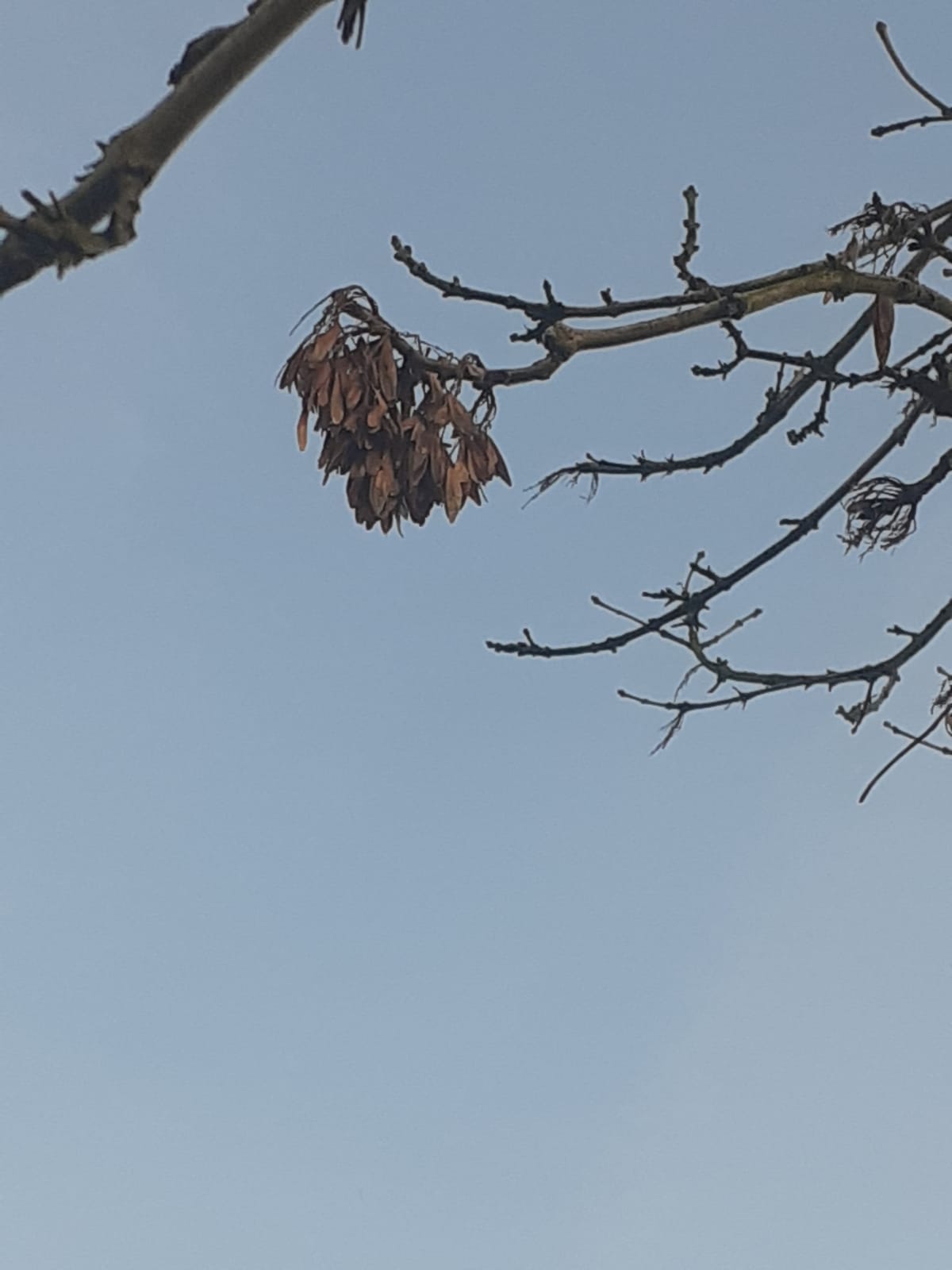 Besides finding its fame and fortune as the wood of choice for hurls in Ireland, it was also  reportedly used by St. Patrick to rid us of the snakes. For this, it is fitting that the Ash reigns until St. Patrick’s Day.

Interestingly, Ash is symbolic of mourning and suffering as twigs with deep black buds were carried by children on Ash Wednesday (the first day of Lent) and by mourners in funeral processions.
Ash was once favoured in herbal medicine for its healing properties, especially good with digestion, bladder and bowel disorders. It was also associated with protection deriving from its Greek mythological association with the sea God Poseidon, whom ash was sacred to as a powerful charm against drowning.

So, what does Nion, our admirable Ash, offer us as learning in our own journey as OFN Ireland?

Ash, the ‘Great World Tree’, has much to teach us about struggle and resilience. in the last 30 years, an invasive Asian fungus presumably brought into Europe in imports has resulted in widespread Ash dieback. Ash, a tree that has flourished for centuries is now a threatened species. The infection can be seen in the loss or blackening of its leaves and formation of lesions on its trunk.

For me, Ash dieback is symbolic of the disease that has infiltrated our mainstream food system. It is only recently that supermarket isles have filled with foreign imports, unnecessarily wrapped with plastic and mass produced under dubious conditions. The current system is threatening our food sovereignty and our local economy resilience. It has spread like the pollen of the fungus to infect the majority of stores, however, there are a few enterprises who have begun a revolution based around sustainability and food security, local produce, organic, high welfare and zero-waste solutions. At OFN, we want to support such producers and outlets. We offer our united strength to break away from traditional food models and find protection and stability through creating this new food system. Much like the planting of new ash trees and focus on local/native tree communities is the solution for ash dieback. 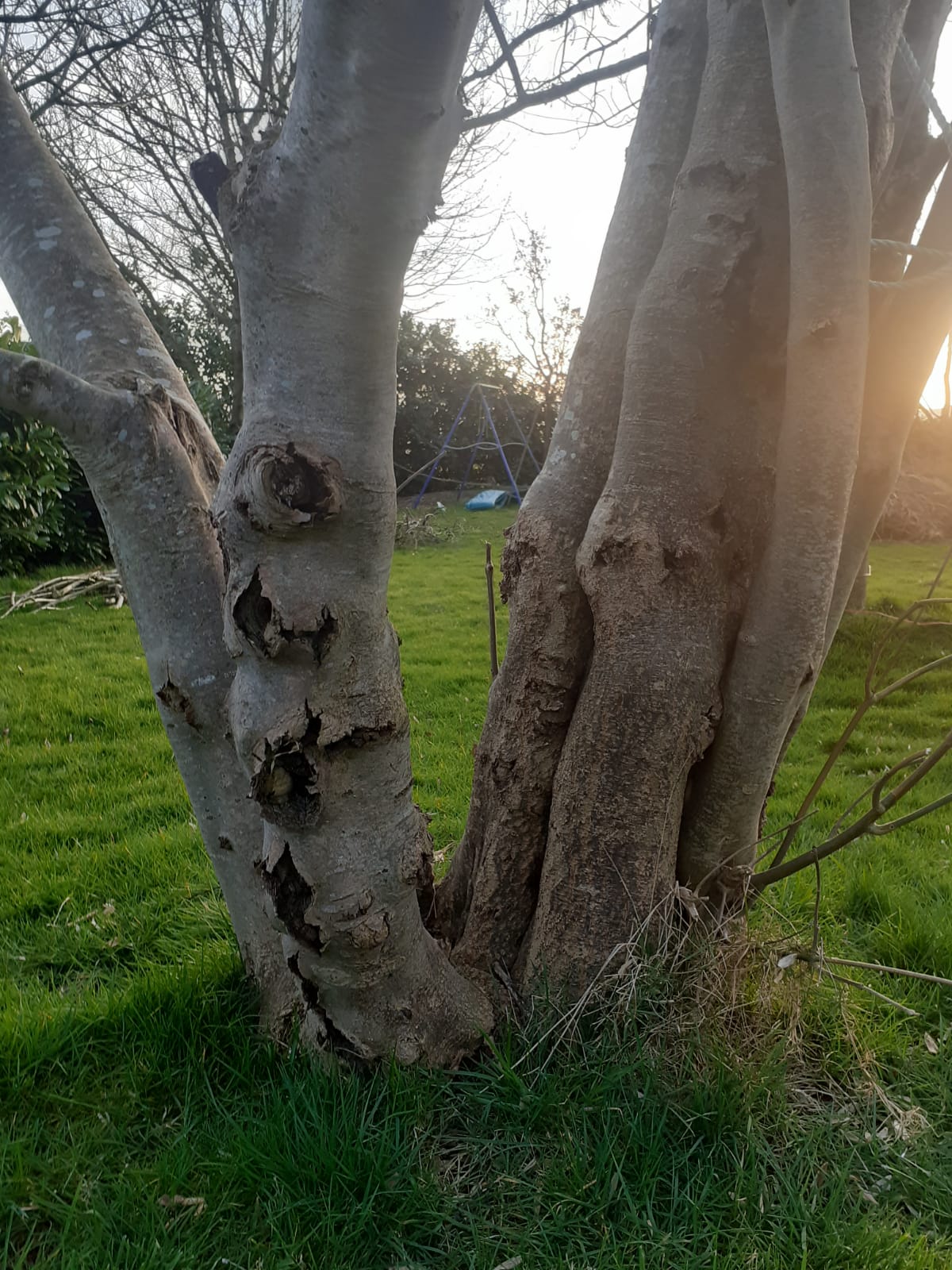 * To cure warts magically, push a pin into the bark of an ash tree, then prick each wart with the pin. Return the pin to the tree with the age old country spell…
‘Ashen tree, ashen tree, Pray buy these warts of me.’

*   To protect against drowning at sea, make a cross from ash twigs with equal length arms and bound with a seven-knotted golden thread, or a fashion a small carving of the cross from a larger ash branch and carry it with you on a journey.

*   Make a staff from a stout ashen branch (with the tree’s permission). It will bring the properties of Yggdrasil, the World Tree – strength, protection, caring, communication and courage to your home, walks and rituals.

*     Would you like your baby to become a fine singer?  Then take her very first finger-nail clippings and bury them under an ash tree.
(A superstition from West Northumberland)

*     Pull leaflets from a handful of fresh ash leaves. Scatter them into the four corners of your house as a protection against any malign influences.

*   Ash bark shavings, burned in an incense will bring prophetic dreams in meditation   ♡ ♡ ♡